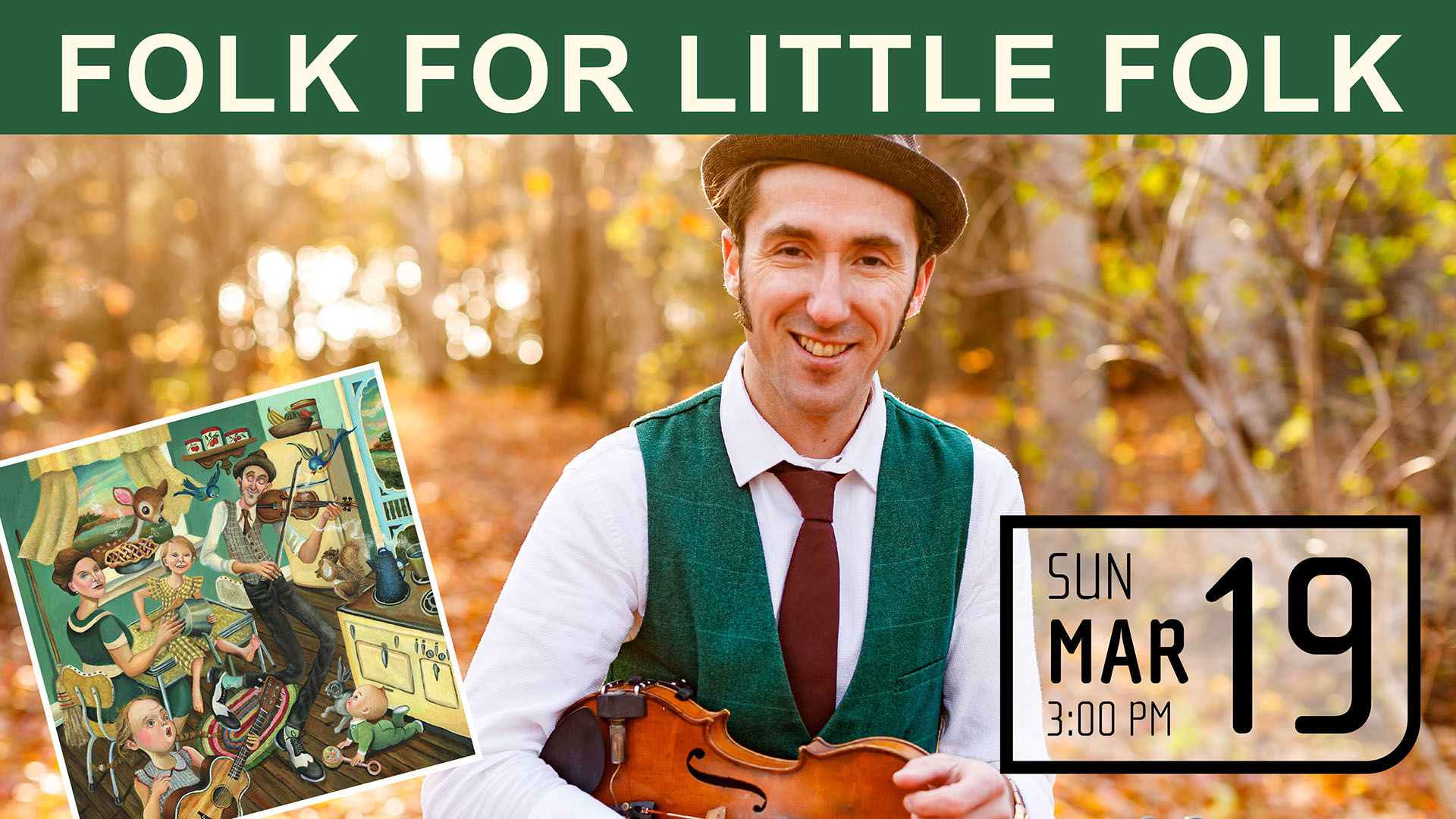 Gordie MacKeeman is an award-winning Canadian fiddling wizard who has wowed audiences around the world with his high-octane performances, “crazy legs” style of dancing, and mischievous musical humour. Gordie will have everyone up on their feet and dancing with his first album for kids and families, Folk for Little Folk Volume 1. He has won the PEI music award for Country/Roots Traditional album of the year and was the winner of he John Lennon Songwriting Contest for the same album.

Along with his band The Rhythm Boys he has also received multiple PEI music awards and numerous East Coast Music Award nominations. Come join in on a mesmerizing and upbeat afternoon with folks who are current and soon-to-be new fans!