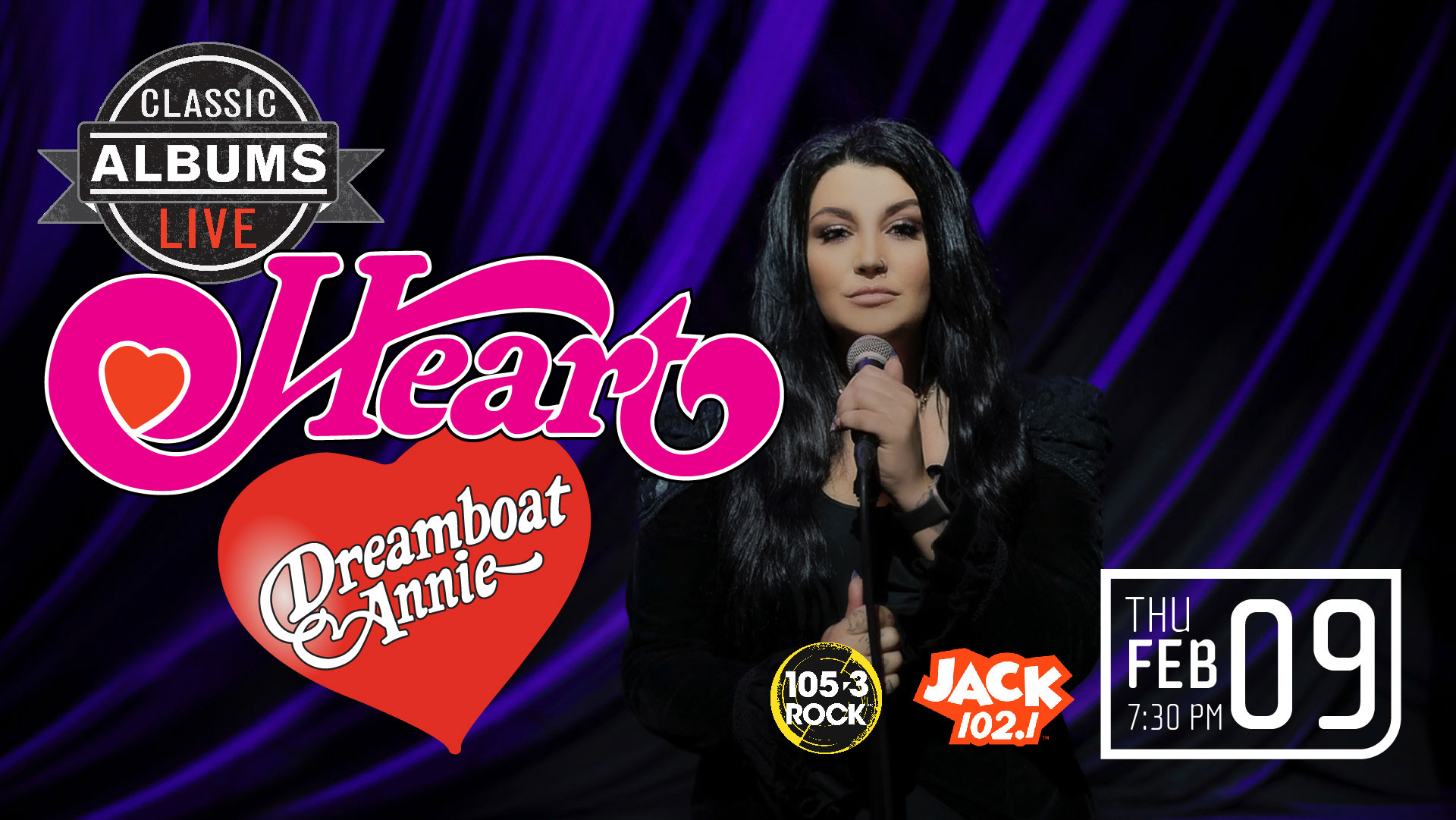 Heart, Dreamboat Annie
Classic Albums Live and its roster of A-list musicians from across the country will be performing Heart’s Dreamboat Annie exactly as you remember hearing it, note for note, cut for cut.

Dreamboat Annie is the debut studio album by American rock band Heart. At the time, the band was based in Vancouver, British Columbia; the album was recorded in Vancouver and first released in Canada in September 1975. Eventually reaching number 20 on the RPM Album Chart and being certified double platinum in sales. It was released in the United States in February 1976, peaking at number 7 on the Billboard Album Chart. The album contains three commercially successful singles, two of which, Crazy on You and Magic Man, became staples on North American FM radio.